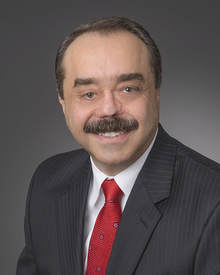 Dr. Mahmod Samman is the president of Houston Engineering Solutions. He has thirty years of engineering experience mostly in the design, analysis, assessment, and repair of fixed plant equipment. For over 25 years, he has been conducting pioneering investigations of degradation patterns, structural failures, and post-repair performance of coke drums. His work in this area has resulted in patented design improvements and state-of-the-art assessment, repair, and life extension techniques that are widely used at refineries and upgraders around the world.

Dr. Samman earned a Ph.D. in Engineering Mechanics from Duke University in 1991 and is a licensed professional engineer in Texas. In addition to his consulting practice, he taught a graduate level course in finite element analysis at the University of Houston as well as numerous seminars to industry. He has six US and international patents most of which are related to coke drums. He is the author of numerous publications and industry reports.

A Fellow of the American Society of Mechanical Engineers (ASME) and a Fulbright Scholar, he received the Herbert Allen Award for “outstanding technical achievement by a young engineer” from the South Texas Section of ASME and the Young Engineer of the Year Award from the City of Houston. He is a member of the Joint ASME/API Fitness-For-Service Standard Committee that writes the API-579 / ASME-FFS standard and the API 934G and 934J Workgroups on coke drums.